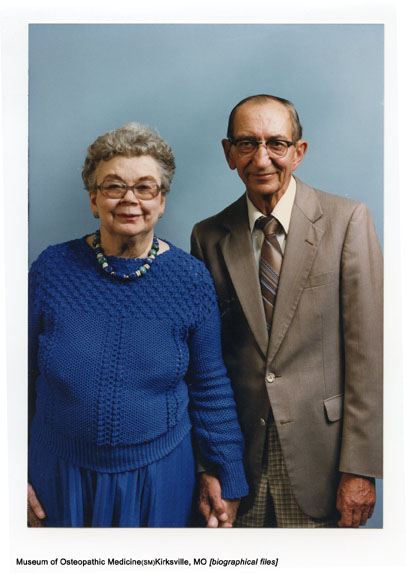 The scholarship awards were established in honor of M. Olwen (Roberts) Gutensohn, DO, ‘43, by her husband Max T. Gutensohn, DO, ‘41. Both were graduates of ATSU’s Kirksville College of Osteopathic Medicine (ATSU-KCOM).

She was awarded the title of emeritus associate professor of anatomy in October 1979. During her tenure at ATSU-KCOM, Dr. Olwen Gutensohn served as faculty advisor for the Student Advocate Association (SAA). She was a constant source of inspiration and support to her husband throughout their relationship.