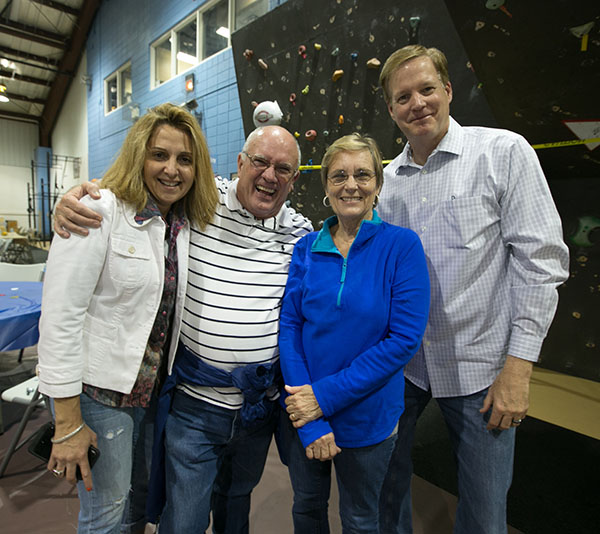 For years, Stanley Grogg, DO, ’71, has provided extraordinary service to his patients, always with a smile. Smiling while caring for others is a habit he developed early in his career.

Dr. Grogg, member and secretary of the ATSU Board of Trustees, is a graduate of ATSU-KCOM. During his third-year clinical rotations, he worked at a nursing home in Kirksville, Missouri, where a formative experience led him to specialize in infant and adolescent healthcare. One day, as he was performing a physical on an older man, Dr. Grogg noticed a wet spot on his own leg; the man had purposefully urinated on him.

“At that point, I decided on pediatrics,” Dr. Grogg says. “If I was to be urinated on, I did not want it to be intentionally.”

The doctor has a sense of humor. It’s emblematic of the joy he finds in serving others.

Dr. Grogg currently lives in Tulsa, Oklahoma, with his wife, a family medicine nurse practitioner. He is a professor emeritus at Oklahoma State University and works as a consultant for a telemedicine company called MDLive.

Dr. Grogg enjoys traveling, which is good, because he does it quite often. His Christian faith has led him to pursue medical missions in underserved communities around the world. He says he has seen 170 countries and provinces across every continent. He admires the biblical apostle Luke, a physician who traveled internationally as a missionary, and tags his emails with Jude 1:2, “May mercy, peace, and love be yours in abundance.”

The verse is a fitting coda for a man who administers care with such a joyful attitude. It’s also a message in keeping with ATSU’s continued mission of serving the underserved. Dr. Grogg’s service, whether at home or abroad, is a reminder of the osteopathic physician’s commitment to patient-centered care.