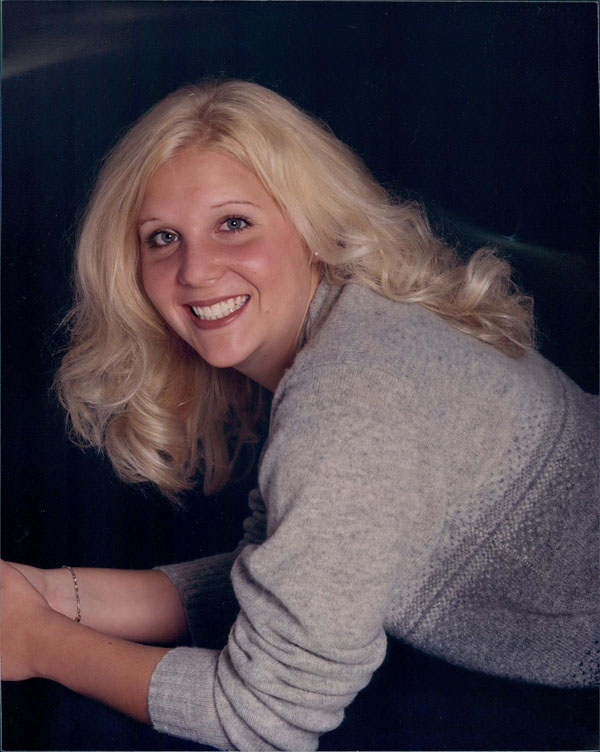 How one family turned tragedy into education and awareness

Natalie Beissel, DO, MS, ’16, had just started her fourth year of medical school at ATSU-SOMA. The Minnesota native was completing rotations at El Rio Community Health Center in Tucson, Arizona. She was excelling academically – ranked in the top 10 percent of her class. Compassionate and energetic, she embodied traits of the ideal physician. In addition to being highly respected by faculty members and peers, she had a loving, supportive family. Her whole life was ahead of her, along with a promising career in internal medicine.

On July 30, 2015, everything changed. Natalie was killed in a tragic act of domestic abuse at her home in Tucson.

The news of Natalie’s untimely death sent shock waves through communities from Arizona to Minnesota.

“I couldn’t breathe – I just couldn’t catch my breath,” says Natalie’s brother, Nick, who received the late-night call from his mother. “I told my wife, Shelly, and she just screamed.”

Her family members found themselves in a state of shock, disbelief, and unexplainable sadness. The next several days felt like a fog had settled in around them. They were beyond devastated. They didn’t sleep; they didn’t eat. The situation played out like a TV crime show as they talked to detectives to try to figure out what happened.

Death from domestic abuse is not often mentioned in an obituary, but the Beissel family did not want to hide the facts. Her cause of death was stated clearly in the first sentence.

“Domestic abuse happens all the time,” Shelly says. “People don’t want to talk about it.”

The statistics on domestic violence are staggering. In the U.S., a woman is assaulted or beaten every nine seconds. According to the National Coalition Against Domestic Violence, more than 20,000 phone calls are placed to domestic violence hotlines each day. Additionally, the presence of a gun in a domestic violence situation increases the risk of homicide by 500 percent.

“We know all the red flags, now,” Shelly says. “Unfortunately, we learned this information too late.”

In the days following Natalie’s death, her grief-stricken family and friends rallied together to honor her memory. Almost immediately, a scholarship was established at ATSU-SOMA in her name. A few months later in October, which is also Domestic Violence Awareness Month, Natalie’s family joined ATSU faculty, staff, students, and friends for a candlelight memorial and tree dedication on the Mesa, Arizona, campus.

“The outpouring of support we received from everyone at ATSU was unbelievable,” Nick says. “The School continues to share Natalie’s story with students every year.”

In May 2016, the Beissel family attended the annual ATSU-SOMA Innovator’s Gala to award the first scholarship in Natalie’s name. The next day, at the ATSU-SOMA Commencement Ceremony, Natalie was granted her doctor of osteopathic medicine degree posthumously. Her parents, brother, sister-in-law, and nephews accepted the degree on her behalf.

“Natalie’s dream was to become a doctor,” Shelly says. “We knew we had to do something to honor her.”

Approximately one year after her funeral, the Beissels held their first Bags & Beers for Nat event in support of domestic violence awareness. The event, which celebrated Natalie’s life and her fun-loving personality, raised nearly $23,000 in a single afternoon. Half of the proceeds went to her scholarship fund, and half went to the Domestic Abuse Project, a Minneapolis-based organization that provides programs to prevent domestic violence.

Bags & Beers for Nat was such a success, the family decided to hold another event the following year. They didn’t expect the second event to be as successful, but to their surprise, they again raised about $23,000 with 275 people in attendance. Their third event, in 2018, surpassed 300 people and raised more than $28,000.

“Natalie’s classmates and faculty members live all over the country, and they fly in for this event every year,” Shelly says. “We actually had to get a permit from the city to accommodate the additional people.”

This year, the family decided they wanted this initiative to become more than an annual event. They founded Love Conquers Violence, a nonprofit organization with a mission to honor Natalie and increase domestic violence awareness and education. While Bags & Beers for Nat will remain the primary event, Love Conquers Violence has added more events to reach families and children.

“If we can save one person and another family from going through what we’ve gone through, that means we’ve succeeded,” Nick says.

So far, the proceeds from Love Conquers Violence have positively affected more than 140 families. Nick and Shelly have heard stories from people who said Natalie’s story gave them the courage to leave an abusive relationship. They’ve had people reach out for help and resources. Some have personally taken action to help others escape dangerous situations.

“If something seems off, say something,” Shelly says. “The only way we can break the silence is by talking about it.”

Red flags
according to the National Domestic Violence Hotline

• Embarrassing or putting you down

• Looking at you or acting in ways that scare you

• Controlling who you see, where you go, or what you do

• Keeping you or discouraging you from seeing your friends or families

• Taking your money or refusing to give you money for expenses

• Preventing you from making your own decisions

• Preventing you from working or attending school

• Destroying your property or threatening to hurt or kill your pets

• Intimidating you with guns, knives, or other weapons

• Shoving, slapping, choking, or hitting you

• Attempting to stop you from pressing charges

• Threatening to commit suicide because of something you’ve done

• Threatening to hurt or kill you

• Pressuring you to use drugs or alcohol