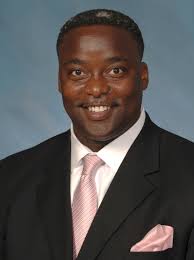 Tim Flores, online enrollment counselor, was honored as an outstanding Native American employee for 2013 at the AZ American Indian Excellence in Leadership Awards by the Phoenix Indian Center. Norman Gevitz, PhD, senior vice president, academic affairs, published “A Degree of Difference: The Origins of Osteopathy and First Use of the ‘DO’ Designation” in The Journal of the American Osteopathic Association. Jason Haxton, MA, director, Museum of Osteopathic Medicine, presented the 2013 Mary Burnett, DO, FACOFP dist. lecture during the OFP Fellows Semiannual Business Meeting at the ACOFP/Osteopathic Medical Conference & Exposition on Oct. 2 in Las Vegas. Michael Kronenfeld, MBA, MLS, AHIP, university librarian, ATSU Memorial Library, Arizona campus, was selected as one of 50 top alumni over the past five decades by the University of Rhode Island Graduate School of Library and Information Studies. He was recognized in November in Warwick, R.I. Adam Moore, MS, manager, Gutensohn Clinic, completed the Certified Medical Practice Executive certificate program with the Medical Group Management Association.

Clinton Normore, MBA, director of diversity, joined ATSU last summer and will serve in a strategic role to assess, promote, and increase diversity and diversity of service among the University’s students and workforce. Normore will work with key leadership to collaboratively develop and oversee a comprehensive plan to implement diversity goals to support ATSU’s mission and vision. Since 2005, Normore served as director of multicultural student affairs at Oklahoma City University. He has notable teaching and presentation experience in the areas of diversity and cultural competency, as well as an impressive record of service in diversity organizations at the state and national levels.

Jack Dillenberg, DDS, MPH, dean, was inducted into the Incisal Edge Dental Innovator Hall of Fame. He also was featured on the cover and in an article on innovation in dentistry in the winter 2014 issue of Incisal Edge. Additionally, Dr. Dillenberg received the AEEDC Dubai Personality of the Year Award 2014, an annual award granted to a person who has made a significant contribution to oral health on a global scale. AEEDC is the United Arab Emirates International Dental Conference & Arab Dental Exhibition and is the largest dental meeting in the Mideast. He was honored at a banquet in February.

Irwin Feinberg, DDS, associate director, periodontics, received the 2013 Outstanding Teaching and Mentoring in Periodontics Award by the American Academy of Periodontology. Jae Hyun Park, DMD, PhD, MSD, MS, director, postgraduate orthodontics, was selected as an American Board of Orthodontics examiner and was voted chief editor of the Journal of the Pacific Coast Orthodontic Society. Dr. Park also was elected as secretary/treasurer of the Arizona State Orthodontic Association. After fulfilling his one-year term, he will serve as president-elect for one year, and then assume his role as president.

Deanne R. Fay, PT, DPT, MS, PCS, ’07, associate professor and director of curriculum, physical therapy, attended the International Classifier Programme in Sao Paulo, Brazil, in April to become an international classifier for paralympic track and field events. She was nominated by the International Paralympic Committee from the United States Olympic Committee. Dr. Fay has been a classifier for the U.S. Paralympics for more than 15 years. A classifier assesses athletes to determine in what category they will compete. John Heick, PT, DPT, associate professor, physical therapy, was appointed as the federal affairs liaison to represent Arizona for the American Physical Therapy Association. His responsibilities include leading PTs from every district in Arizona to Washington, D.C., annually to represent the profession. Chelsea Lohman, MAT, LAT, ATC, CSCS, was named assistant professor, human anatomy, interdisciplinary health sciences. She came to ATSU from Texas Tech University Health Sciences Center, where she taught gross anatomy while pursuing her PhD in rehabilitation sciences. She received her BS from Arizona State University in kinesiology with an emphasis in exercise science. She attended Texas Tech University Health Sciences Center where she earned her master of athletic training degree. Lohman provided athletic training and strength and conditioning services for club sports at Arizona State University and then became an athletic trainer at Arizona Sports Medicine Center.

Tamara Valovich McLeod, PhD, ATC, FNATA, accepted a new role as professor and director, athletic training. She also serves as director of the Athletic Training Practice-Based Research Network, director of the ASHS Interdisciplinary Research Labs, and is a research scientist with the ATSU Still Research Institute. Recently, she was elected to the United States Brain Injury Alliance board. Dr. McLeod also was invited to the national conference on youth sports safety in Washington, D.C., on Nov. 7-8, 2013. Additionally, Dr. McLeod contributed as an expert reviewer of the draft report highlighting sports-related concussions in youth by The Institute of Medicine and National Research Council. She was featured in the article “Brain Trust” in the February issue of Athletic Business magazine. Dr. McLeod explained the important role of ATs at the high school level and her research on pediatric and adolescent sports-related concussions. She also was named to the newly formed board of advisors for MomsTEAM Institute, a Massachusetts nonprofit corporation that provides comprehensive information to youth sports parents, coaches, athletic trainers, and other healthcare professionals about all aspects of the youth sports experience. The board includes representatives from the national governing bodies of all major team sports, equipment manufacturers, and top experts on a wide variety of youth sports health, safety, coaching, parenting, and organizational issues, and will work with the Institute to help create and launch a new national youth sports safety certification program called Smart Teams. Zarin Mehta, PhD, was named associate professor, audiology. She began her duties in July 2013. Dr. Mehta has been an adjunct faculty member in ASHS’ transitional program since 2006 and was a clinical associate professor at Arizona State University. She also serves on the editorial board of the Communication Disorders Quarterly Journal. Cailee Welch, PhD, ATC, was named assistant professor, athletic training. Dr. Welch assumed the position vacated by Dr. Tamara McLeod, who was named program director. Dr. Welch began her career at ATSU in 2012 as a post-doctoral research fellow in the Center for Clinical Outcome Studies, part of the Still Research Institute. Dr. Welch has worked closely with AT faculty as a member of the Athletic Training Practice-Based Research Network where she provided education and training for clinicians. Anna Wright, MBA, was named financial manager, dean’s office. She has a bachelor’s in accounting, a master’s in business administration (both from Western International University), and more than six years of professional accounting experience. She worked for Southwest College of Naturopathic Medicine as accounting coordinator, for the Apollo Group as fixed asset accountant, the University of Phoenix as financial intake specialist, and High-Tech Institute as administrative assistant to the vice president.

Karen Snider, DO, chair, OMM, reported on the results of a pilot study of osteopathic manipulative treatment on nursing home residents during an OMED presentation at the AOA Conference on Sept. 30, 2013. Her report was highlighted in The DO.

Lynda N. Konecny, DHEd, MS, CHES, ’08, assistant professor, was selected to serve a three-year term on the editorial review board of the Journal of College and Character. Greg Loeben, PhD, associate professor, presented twice at the Arizona Psychological Association Annual Convention on Oct. 11, 2013. Dr. Loeben also was selected to serve as a board member of the Arizona Bioethics Network. Susan Miedzianowski, MS, adjunct professor, published “The Changing Face of Primary Care” in the summer 2013 CSA Journal.

Carolyn Glaubensklee, PhD, associate professor; Barbara Maxwell, PT, DPT, MSc, Cert. THE, ’06, director, interprofessional education, ATSU; and Mara Hover, DO, associate chair, family and community medicine, were accepted for a poster presentation at the All Together Better Health VII conference to be held in Pittsburgh, Pa., on June 6-8. The title of their presentation is “Development of an IPE elective for ATSU-SOMA Community Health Center Sites.” Derek Higgins, DO, was named assistant professor, OMM. Dr. Higgins is board certified in physical medicine and rehabilitation through the AOA and ABPMR.