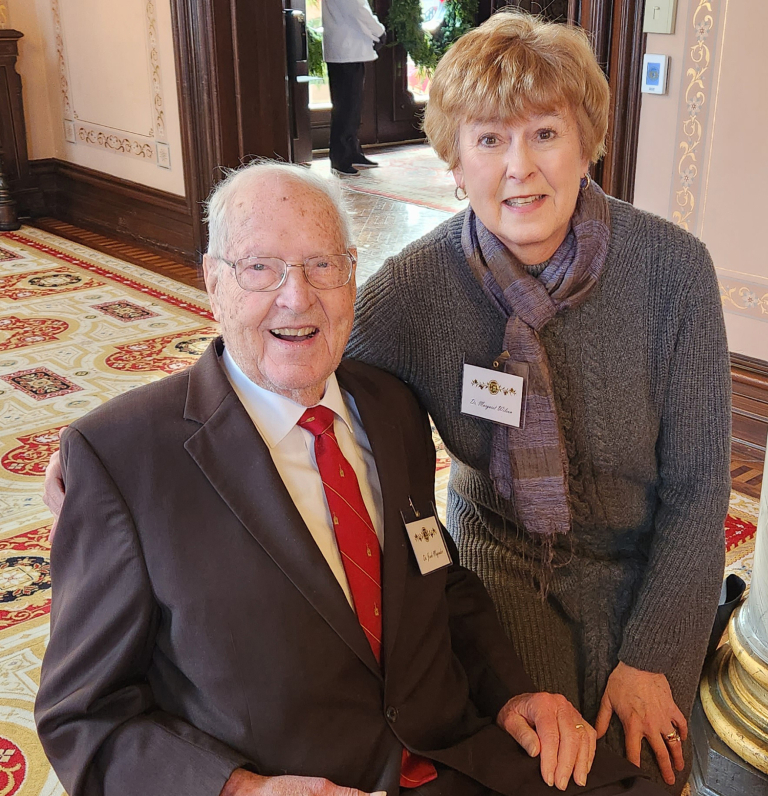 ATSU-KCOM Dean Margaret Wilson, DO, '82, right, poses with ATSU President Emeritus Jack Magruder, EdD, left, during a ceremony inducting Dr. Wilson into the Academy of Missouri Squires in December in Jefferson City, Missouri. Dr. Magruder is also a member of the Academy, having been inducted in 2010.

Margaret Wilson, DO, ’82, dean of A.T. Still University’s Kirksville College of Osteopathic Medicine (ATSU-KCOM), has been inducted into the Academy of Missouri Squires.

The Academy is a nonprofit organization which honors Missourians for their accomplishments on the community, state, or national levels. Founded by former Missouri Gov. James T. Blair in 1960, the Academy of Missouri Squires is limited to 100 living members.

“It is a great honor to be recognized alongside other Missourians who I know have been grateful to serve their communities and the state in some way,” Dr. Wilson said. “It certainly means a lot to me to be chosen to join this distinguished group.”

According to the Academy’s by-laws, individuals qualify by having achieved true greatness in their community, the state of Missouri, or the U.S. They also must legally reside in Missouri, be employed by the state, or be native-born Missourians whose current residence is outside the state due to necessity of business or other reasons. Individuals are nominated by the public and Academy members, and classes are elected by Academy membership.

Dr. Wilson has been with ATSU-KCOM since 1985, serving as chair of Family Medicine, Preventative Medicine, and Community Health for 23 years prior to becoming dean. She is board certified in family practice and is a staff physician at Northeast Missouri Health Council, a community health center, where she was medical director for over 20 years.

ATSU President Emeritus Jack Magruder, EdD, is also a member of the Academy of Missouri Squires, having been inducted in 2010. Dr. Magruder joined Dr. Wilson for her induction ceremony in Jefferson City, Missouri, in December. 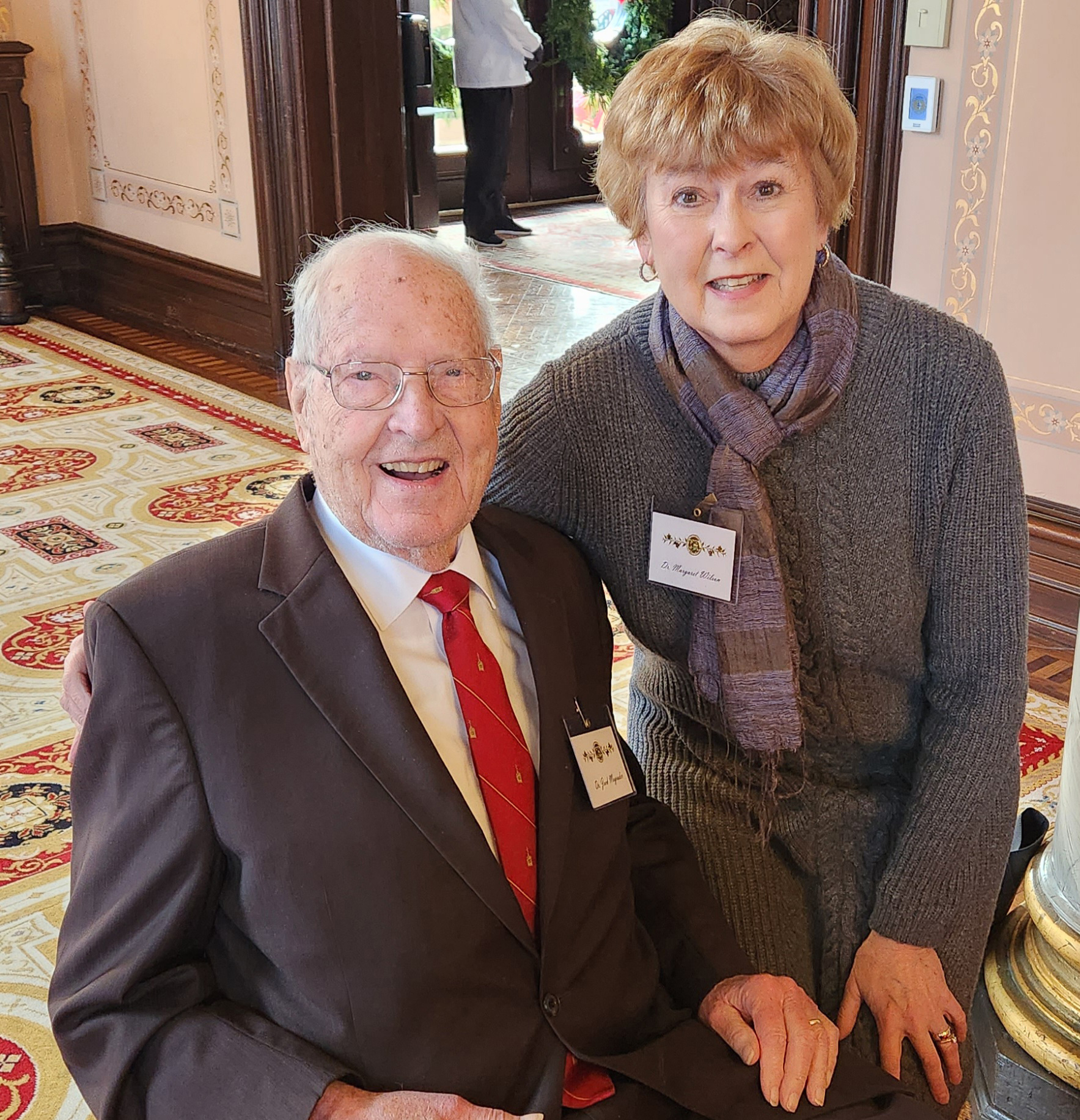