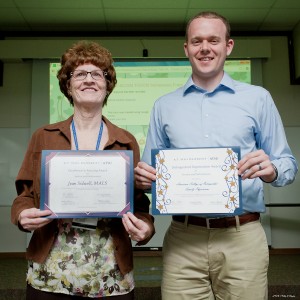 Ben Crary, OMS II, accepted the 2013-14 Distinguished Award for Service and Performance on behalf of the American College of Osteopathic Family Physicians (ACOFP) organization. ACOFP was awarded for exemplifying the highest level of commitment to serving the organization, University, and Kirksville, Missouri community. In honor of ACOFP, a $150 donation was given to the United Way of Adair County.