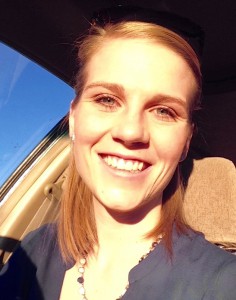 Growing up in the small town of Chico, Calif., Farris Chappell, AuD, ’17, ATSU-ASHS, attributes her pursuit of a doctorate degree to her parent’s ongoing love, support and encouragement to go after higher education. Chappell was originally enrolled in courses for her intended major of speech pathology. However, after she started taking classes in audiology, Chappell found audiology was the career for her. “I really love the blend of working with patients, other healthcare providers, as well as all the technology associated with being an audiologist,” says Chappell. I would say the profession found me rather than me choosing it.” But why did Chappell decide to enroll in ATSU’s AuD program? “I would be lying if I didn’t say I found ATSU because it was the top of the alphabetical list of schools offering an AuD program,” says Chappell jokingly. However, once she started researching the audiology program and reading the mission of ATSU, Chappell knew the university aligned with her personal mission. “ATSU embodied the reason I decided to change my career path—working with others to help patients in their overall goals of healthy living,” says Chappell. “After applying and interviewing for the program, I was even more convinced that ATSU was the fit for me.” As part of ATSU’s audiology program, students rotate through different clinical sites throughout the Valley, alternating sites quarterly. “I had the unique opportunity to rotate through the Phoenix Indian Medical Center (PIMC), where I worked with American Indian and Alaska Native populations,” says Chappell. “Working at PIMC was an amazing learning experience not only because of the application of audiology, but learning about a culture different from mine as well.” Chappell is also an ATSU Student Ambassador. “In my first year of the program, I was told about the Student Ambassador program through my roommate, and we both decided it would be a good way to meet others in different programs at ATSU,” says Chappell. “The Student Ambassador program has been great because it has given me the opportunity to express my passion for the audiology program at ATSU as well as share my experiences at ATSU with other students looking to apply to the university.” At this time, Chappell is unsure of her plans after graduation. She is engaged and will be married shortly after graduation to her fiancé who is in the Air Force. “We will have the opportunity to travel around the United States and the world, so I look forward to working in settings such as the VA, private practices, community health centers, and more.”