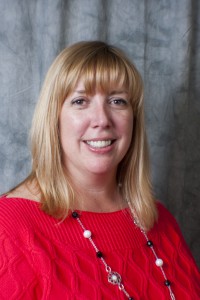 Tessa Tibben, MS, PA-C, ’08, director of clinical education, A.T. Still University’s Arizona School of Health Sciences (ATSU-ASHS) physician assistant (PA) studies program, says her journey to become a PA did not follow a traditional path. She grew up going to an older family medicine doctor who was the only provider in his office. She worked her way through undergraduate school, taking general courses part-time at a local community college while working full time as a lab technician, but was not active in pre-healthcare career clubs or organizations where she would have been exposed to the PA profession. It was when Tibben took a job as an emergency room (ER) tech in 2000 at Scottsdale Osborn (now HonorHealth Scottsdale Osborn) that she was introduced to the PA profession. Prior to that time, she was thinking about a career as a physician. However, after spending time with the PAs who worked in the ER and researching the PA profession, her career choice in healthcare changed. “I am very much a people person and I noticed the PAs that I worked alongside really took the time to connect with their patients, educating them and getting to know more about them,” says Tibben. Tibben received her undergraduate degree in Human Biology from Grand Canyon University (GCU) in 2005, and during that time, the ATSU-ASHS PA studies program was on GCU’s campus. She first learned about the PA studies program from one of her PA mentors from the ER who was a close friend of Randy Danielsen, PhD, PA-C, DFAAPA (now ATSU-ASHS dean). Tibben decided to move forward and apply to the program. “Three days after interviewing, I had a voicemail on my phone from PA Program Chair Dr. Albert Simon, who told me that I had been accepted,” says Tibben. “I was listening to the voicemail message while driving home after my 12-hour ER shift, and when I heard Dr. Simon say that they wanted to offer me a seat, I had to pull over for fear of wrecking my car given my level of my excitement!” After graduation from ATSU, Tibben decided to interview for a family medicine position with a single-doctor practice in Mesa, and during this interview, “I simply knew I had found the job destined for me,” says Tibben. The doctor was a DO, was well established in the community and gave Tibben the sense he would allow her to grow as a healthcare professional under his tutelage. Tibben worked with the family medicine physician from graduation until April 2013 when the opportunity to become a faculty member at ATSU-ASHS became available. She continued to work one day per week at the physician’s office until September 2014 when she left the practice. “At the time, leaving was a difficult decision because I had come to be embraced by so many different families of patients. However, I still see many of my former patients since I live in the community where I practiced.” Tibben says that being an ATSU-ASHS faculty member is an honor because she is part of a faculty that helps individuals achieve their dream job. “Our efforts as faculty go into multiplying our hands, and our hearts.” “To watch our students be challenged mentally, emotionally, and spiritually, and then rise from all the hard work to the other side stronger, more confident, and ready to be healers, is simply awesome. It really is an honor to be a part of such a journey.” Tibben, a single mom with a 13-year-old son who was just four when Tibben started as a PA student, also has words of encouragement for her students. “When lending an ear to our students, I always tell them that if I could survive the rigors of being a student while a single-mom, that I was confident they too will be successful.” On both a personal and professional level, Tibben continues to extend the ATSU mission of serving the underserved beyond her classroom. She has been involved with and currently co-leads a refugee resettlement ministry at her church. She became involved with the resettlement ministry about seven years ago. “Love of people, especially from cultures and nations different than my own, is an innate part of who I am as a person. So for the refugee resettlement ministry is a natural fit for me.” “Most people are unaware that of the world’s refugee populations, only one-half to one percent of this number will ever be resettled in the U.S.,” says Tibben. “Over the years, I have befriended refugees from Burma, Somalia, Republic of Congo and Iraq.” Three years ago, Tibben was part of a team that befriended a refugee family of six from Somalia. “We had set up their apartment, had a warm meal waiting back at the apartment and then went to the airport waiting to greet them when they landed,” says Tibben. “All a refugee family knows is that a case worker will be waiting for them just outside of security at the airport, so it is always a surprise when a group of Americans are there to greet them with open arms.” “This family could speak English so we really hit the ground running in terms of developing a friendship. Back at the apartment we shared a meal. When we departed the mother said to me ‘God bless you and thank you my sister. We were so scared arriving in America because we have no one here, but now we have family and our hearts are full for you are my family.’ “I was immensely humbled that evening and understood better the positive ripple effects of love,” says Tibben. Tibben is also currently pursuing a Doctor of Health Sciences degree with a global health emphasis.