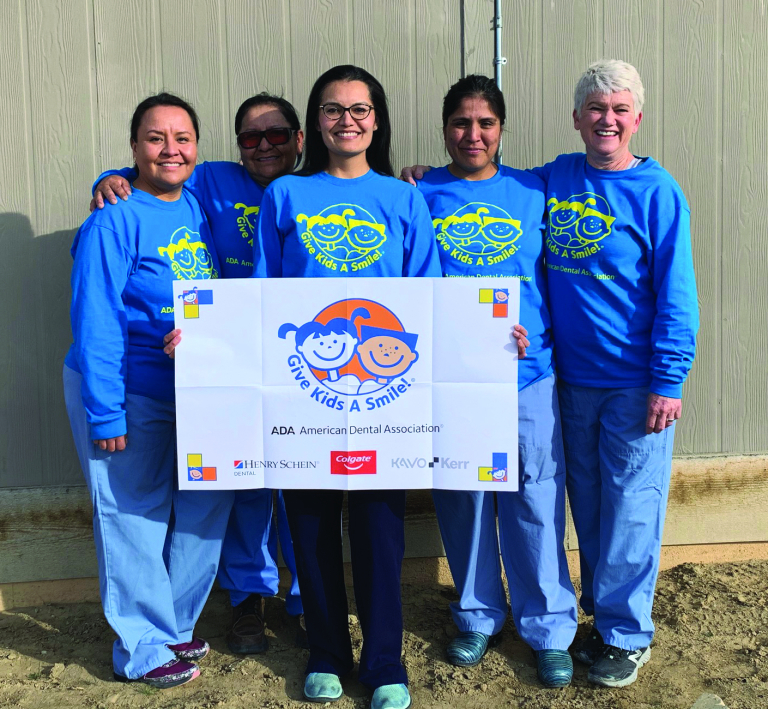 Dr. Lisa Begay and staff hold a Give Kids A Smile event at their clinic.

As a child, Lt. Cmdr. Lisa Begay, DMD, ’14, spent much of her time playing in the great outdoors. She grew up in rural Arizona on the Navajo reservation, roaming the mountains behind her grandparents’ house, making mud pies, building forts in trees, and playing restaurant with the commodity food her grandmother received. She was raised by a single mother and her extended family in the small community of Oak Springs, which has fewer than 60 residents, dirt roads, and limited electricity and running water.

Their home was 22 miles from the nearest health center, which was quite a distance for community members with no transportation and limited resources. Access to dental care was even more challenging. If someone had a toothache, they had to stand in line at the clinic, which only accepted the first four walk-in emergencies each day.

“When I was younger, I saw my relatives struggling with their oral health,” Dr. Begay says. “They had rampant caries, dental pain, and periodontal disease. Many of my relatives lost their teeth.”

Although their family faced many difficulties, Dr. Begay’s mother treasured their Navajo heritage and
wanted her three children to learn the culture and speak the language. She took every opportunity to teach them, even making an 8-year-old Dr. Begay weave a Navajo rug. Although Dr. Begay was impatient and wanted to play outside instead, her mother was relentless.

That same small Navajo rug with uneven designs is now displayed on Dr. Begay’s nightstand. It serves as a reminder of how persistence and hard work pay off – a lesson she would never forget.

When Dr. Begay left home for college, she only had a bag of clothes and $100 in her pocket. She had no idea how she was going to make it on her own, but she showed up at Fort Lewis College in Durango, Colorado, ready to find her path.

“I probably should have been terrified, but I literally had nothing to lose,” Dr. Begay says. “I knew I had better succeed because there was no going back.”

Because of her experiences growing up, she wanted to help the Native community. At the time, she lacked the confidence to pursue dental school, so she decided to major in dental hygiene. She then transferred to the University of New Mexico, where she earned her bachelor’s degree, and worked for several years as a dental hygienist with the Indian Health Service (IHS).

During her downtime at work, she would find herself shadowing dentists. She was intrigued with the variety of dental procedures dentists could do and how they could positively affect their patients’ lives. She knew she had found her calling and, from then on, began taking night and weekend classes to complete her prerequisites for dental school.

While still a hygienist with IHS, Dr. Begay attended a public health conference in Taos, New Mexico. There,
she met Ryan Lee, DDS, a newly graduated dentist from Columbia University. Dr. Lee, who would become her husband, was a constant source of support throughout her journey.

Around the time of her Dental Admission Test, Dr. Begay met an ATSU-ASDOH student who told her about several Native students at the School and their mentor, George Blue Spruce Jr., DDS, MPH, assistant dean, American Indian affairs. The student encouraged Dr. Begay to consider attending ATSU-ASDOH and
connected her with the other students.

“I had never heard of Native students in dental school before,” Dr. Begay says. “When I met those students and then found Dr. Blue Spruce, it opened up my world.”

Once at ATSU-ASDOH, Dr. Begay knew she was where she was supposed to be. However, she struggled academically. She didn’t feel she had as strong of a foundation as some of her classmates, but she kept her focus and put in extra study time. Through hard work and support from her husband, fellow students,
and Dr. Blue Spruce, she achieved her dream of becoming a dentist, graduating in 2014.

“My husband never let me give up on my goal to become a dentist,” Dr. Begay says. “I am proud to say he continues to support me through my dental career with the same unwavering commitment.”

Currently, Dr. Begay is a lieutenant commander in the U.S. Public Health Service and chief dental officer at Canoncito Band of Navajos Health Center in To’hajiilee, New Mexico. As the only full-time dentist on staff, she has many responsibilities, including overseeing daily operations of the dental clinic, supervising
staff, and caring for 3,000 patients. She serves American Indian patients from various tribes, but most are Navajo and reside within the To’hajiilee community. However, some patients drive 45 minutes from Albuquerque to her clinic.

Dr. Begay’s most memorable patient encounters have been the ones where patients open up about their personal lives, share their experiences, and are thankful for the dental services provided. One memorable patient in particular was a 90-year-old Navajo woman who was not able to eat because of her poor
oral health. The patient needed extractions and dentures, and by the time Dr. Begay and her staff finished treatment, they had gotten to know her well.

“At her final denture appointment, she flashed her beautiful smile, and it made me feel so good inside,” Dr. Begay says. “In that instant, I felt like all the barriers I had to overcome to be in this exact moment were worth it.” 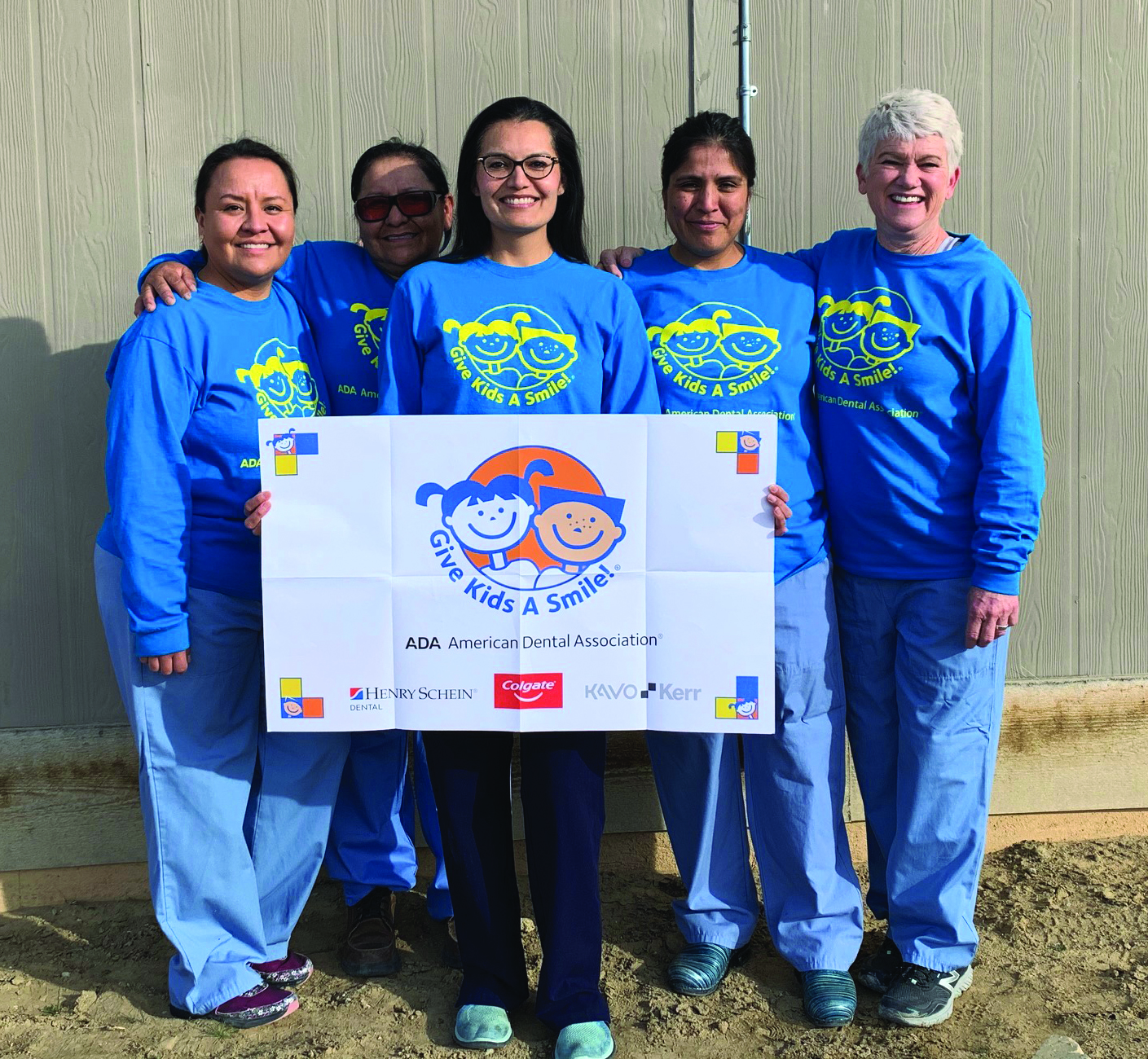