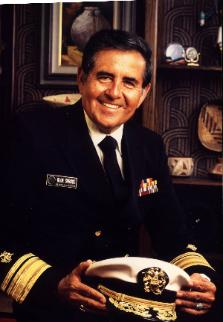 The announcement was made as the city hosted the 27th conference of the Society of American Indian Dentists. Dr. Blue Spruce founded the organization and served as president for 16 years. He now serves as president emeritus.

Dr. Blue Spruce has made incredible contributions to the field of dentistry. As the first American Indian dentist in the United States, he has been a tireless advocate for diversity and inclusion in the profession. He considers his life’s work to be encouraging people of American Indian heritage to consider careers in dentistry and the health professions.

Dr. Blue Spruce was profoundly honored by the recognition. “On one’s grave stone is engraved the dates of birth and death,” he says. “Between these dates is a dash — It is what one does during the dash period that has importance. At this stage in my life, an honor such as this gives me comfort and pride in the knowledge that I have put meaning to the dash.”

Congratulations to Dr. Blue Spruce on this well-deserved recognition!