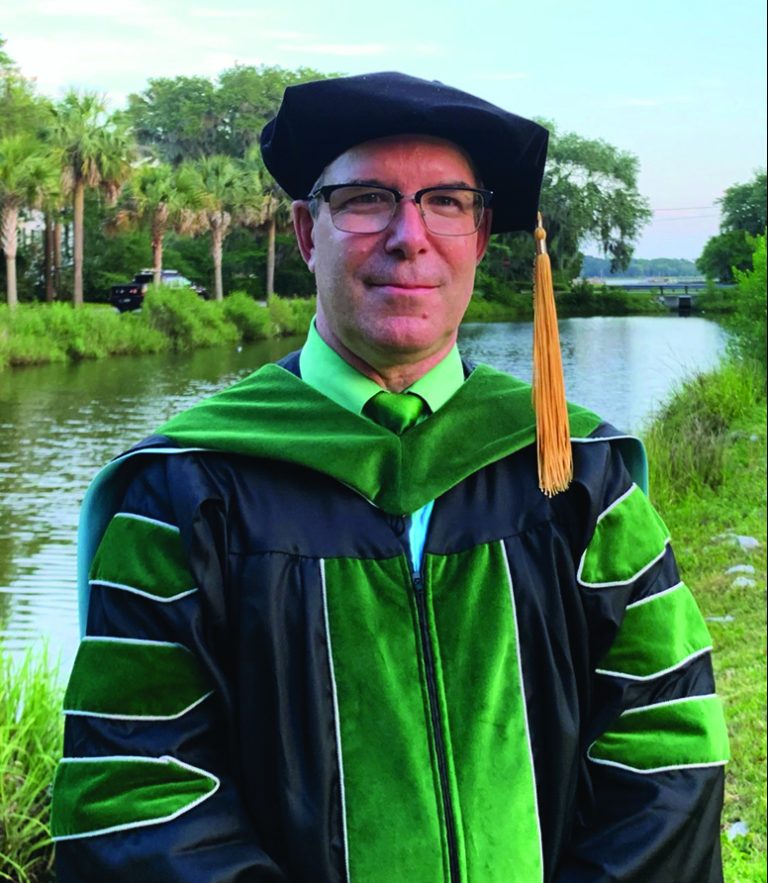 Carl Whalen, DO, PhD, ’20, wanted to be just like his grandfather. Growing up, Dr. Whalen often witnessed his grandfather in action as the only physician in the small town of Bruce, Wisconsin. He was on call 24/7 as a general practitioner and surgeon.

“I spent a lot of time at my grandparent’s house while growing up, and even as a young boy, I saw and appreciated the dedication my grandfather had for his patients,” Dr. Whalen said. “His willingness to care for his patients, regardless of their ability to pay, left a lasting impression on me.”

To Dr. Whalen, being a physician was more than an occupation; it was a calling. Though he felt the calling, he didn’t initially pursue medicine because he struggled with self-confidence and worried what he would do if one of his patients died.

“I was afraid of death,” Dr. Whalen said. “I was young, and I didn’t understand this was part of being a physician.”

Dr. Whalen’s passion for science led him to study organic chemistry. After earning his PhD, he had a career in the pharmaceutical industry where he oversaw 200 preclinical drug studies, then a job as a certified eye bank technician where he recovered corneas from post-mortem donors, coming face to face with his fear of death.

“I now had to face death every day with calmness, sympathy, respect, and stamina,” Dr. Whalen said. “My becoming a physician will not change the inevitability of death, but my experiences with the deceased will help me serve the living in a more respectful, reverent manner.”

Dr. Whalen moved to Philadelphia in 2009 to take a new position as a national director in charge of finding human research tissue for scientists. After six months on the job, the company lost funding, and Dr. Whalen lost his job.

“Depression set in. I had moved to Philadelphia with my wife, and we felt we had no option but to succeed there. Losing my job was devastating,” he said. “A few months after losing my job, I realized I was suicidal. I needed to get out of Philadelphia for a couple weeks to clear my head.”

So, Dr. Whalen headed to Albuquerque, New Mexico, to stay with his sister, who helped him seek medical attention. After several weeks of wrestling with depression, he decided to stay in New Mexico a little longer. During that time, he needed something to occupy his time and mind, so he enrolled in a biology class at Central New Mexico Community College.

“I was certainly the only PhD scientist in my BIO 1492 class,” Dr. Whalen said. “As simple as the class turned out to be for me, it gave me a purpose. I had class all day on Saturdays. At least for that one day a week, I had a reason to get out of bed.”

By this time, his wife told him not to come back to Philadelphia, essentially ending their marriage. He now had to start over. Though he really wanted to be a physician, he still lacked confidence and was concerned about being the one solely responsible for patients. He also thought, at age 48, he might be too old to start medical school, knowing how many years it would take to finish the program. But feeling motivated from the class, Dr. Whalen considered becoming a physician assistant (PA), where he could earn his degree quicker, have responsibilities like a physician, but have a doctor supporting him and ultimately being the one responsible for patients.

Dr. Whalen began taking more classes to satisfy the prerequisite courses needed for PA school. Before long, one of his instructors asked, “Why aren’t you teaching chemistry here?” With that nudge, Dr. Whalen sent his resume to the dean and was hired to teach chemistry at Central New Mexico Community College while he continued his classes.

He later added tutoring to his responsibilities and tutored over 40 students in a five-year span. When one of his students approached him to seek guidance on dropping one of his chemistry classes, Dr. Whalen told this student about his ambitions of becoming a physician but also confessed his concern about his age. Then the student said, “You’re going to be five years older in five years, you might as well be a doctor too.”

With his prerequisites complete and no more excuses, he was ready to take the Medical College Admission Test (MCAT), determined to pursue medical school.

“My MCAT exam was on a Saturday afternoon,” Dr. Whalen said. “In the morning before the exam, I had organic chemistry lab to teach. Instead of finding a replacement, I went ahead and taught the lab. It kept me calm before my exam. Then after the exam, I went to a Saturday night tutoring appointment.”

After taking the MCAT, Dr. Whalen continued teaching and tutoring while applying to medical schools. Two years later, he was accepted to ATSU-SOMA.

“The most important thing about ATSU is they were the school that gave me the chance,” Dr. Whalen said. “I will always be grateful for that.”

Dr. Whalen started medical school one week short of his 54th birthday. It took about nine months before he found his stride. After many sleepless nights fraught with worry, stress, and anxiety, Dr. Whalen realized he needed to take things one day at a time, instead of focusing on larger goals.

“You can only live your life one day at a time,” Dr. Whalen said. “Even now, when I finish residency, I have to take another exam before I can be a board-certified pediatrician. There is always one more exam down the road.”

Since his childhood days of watching his grandfather care for patients, Dr. Whalen has accepted his calling and found his sense of purpose. Currently a first-year resident in the Department of Pediatrics at the University of New Mexico School of Medicine, Dr. Whalen takes full advantage of time he spends with preceptors and truly values his learning experience. While he is still planning his future, his No. 1 goal is to be a good doctor.

“Really follow your heart and try to put your best foot forward,” Dr. Whalen said. “Everyone wants to know what kind of doctor you want to be. I have always answered it the same way; I just say I want to be a good one.” 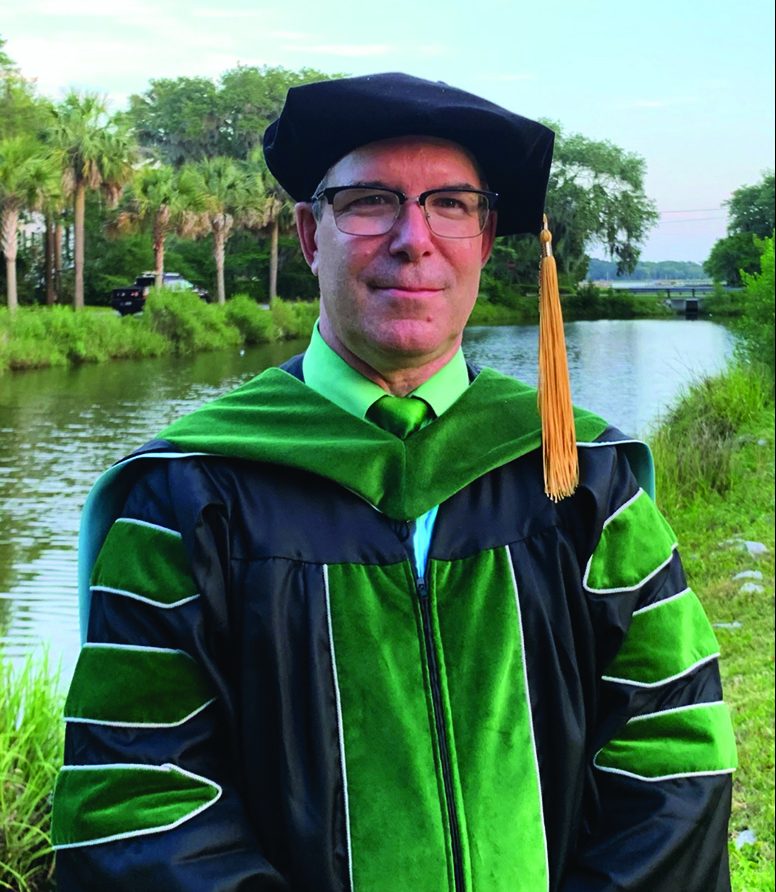