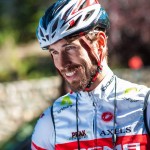 Josiah Middaugh, Human Movement, ’12, of Colorado, earned a long-awaited victory at the XTERRA USA Championship on Saturday, Sept. 22 at the Snowbasin Resort near Ogden, Utah. XTERRA is the nation’s premier off-road triathlon series, and the USA Championship consists of a 1.5k swim, 29k mountain bike ride, and a 10k trail run.

Middaugh was the overall winner, breaking a string of frustratingly-close performances in this event. Middaugh, 34, has been the top-ranked American male in the XTERRA Series for seven of the past eight years, but previously had never placed higher than third at the USA Championship. He finished with a winning time of 2:26:34.