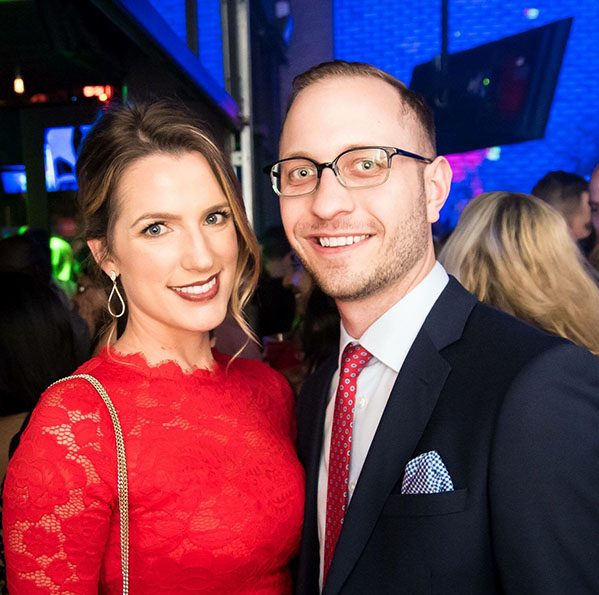 For Cassandra Beard, DO, MPH, ’17, and Evan Wolff, DO, MPH, ’17, postgraduate residency took an unexpected turn. Both are serving at Larkin Community Hospital in south Miami. As Hurricane Irma swept through the city in early September, the two ATSU-SOMA alumni strove to deliver patient-centered care amid historically catastrophic conditions.

During the disaster, the hospital divided workers into alpha and bravo teams. The former operated the hospital during the hurricane itself, while the latter was placed on standby until the storm passed, relieving emergency staff during recovery. Drs. Beard and Wolff were both on alpha, meaning they had to live and work in the hospital for days on end as Irma raged outside. The team stayed a total of four days and three nights, Dr. Beard says, catching sleep on air mattresses they’d set up in administrative offices.

The situation wasn’t easy. Hospital staff dealt with intermittent power outages and an inability to release patients who had nowhere to go. In preparation, the hospital deployed hurricane shutters and sandbagged doors. Dr. Wolff says an awning on the top floor, supported by posts with concrete bases, was lifted off the ground, while many outdoor signs and fences completely blew away. Flooded streets and scattered debris made transportation onerous.

Drs. Beard and Wolff credit their medical education with helping them weather the storm. The hospital’s backup generator only runs essential medical equipment, meaning computers couldn’t be used when the power was out. Fortunately, Dr. Wolff already had experience handwriting his notes and orders. After the storm, he contacted ATSU-SOMA Associate Dean of Clinical Education and Services Sharon Obadia, DO, FNAOME, ’97, to thank her for enforcing the practice during the first year of medical school. Dr. Beard recalled ATSU mentors, such as Dr. Obadia and Lorree Ratto, PhD, who taught her to visualize situations from the perspective of the patient, helping her focus during the hurricane. The tactic allowed her to provide the best medical care possible while conquering personal anxieties in a difficult situation, Dr. Beard says.

At peak intensity, Irma boasted record-setting wind speeds of 185 mph. After devastating much of the Caribbean, the storm made landfall in Florida Sept. 10 as a Category 4 hurricane. According to Reuters, a news wire service, Irma’s destruction caused the deaths of more than 84 people and left millions without power.

Hurricane Irma was one of several storms in this year’s unusually active hurricane season. Our thoughts are with ATSU alumni, employees, and students affected by these hurricanes as they continue to live and work in hazardous conditions. If you were affected and would like to share your experience, or simply wish to check in with the University, please email stillmagazine@atsu.edu.