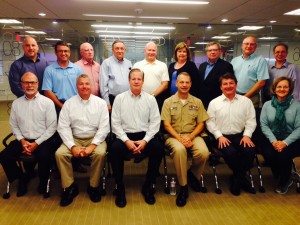 As Acting United States Surgeon General, RADM Lushniak oversees operation of the U.S. Public Health Service Commissioned Corps, and is also responsible for articulating the best available scientific information to the public regarding ways to improve personal health and the health of the nation.

Walking is currently the most commonly reported form of physical activity among U.S. adults. The Every Body Walk! Initiative encourages Americans to take the initiative to walk more often to improve overall health.

The Surgeon General’s National Prevention Strategy emphasizes priorities that are most likely to reduce the burden of the leading causes of preventable death and major illness. Initiatives include tobacco free living, healthy eating, active living, and mental and emotional well-being.

Since its inception, ATSU has focused on whole person health care and community health. The shared ideology between the University and the office of the Surgeon General will help in creating a healthier nation.

More information about the Surgeon General’s initiatives are available at surgeongeneral.gov.