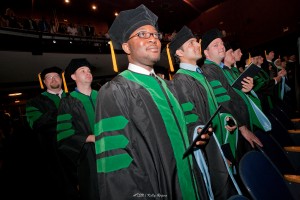 A.T. Still University-Kirksville College of Osteopathic Medicine (ATSU-KCOM) celebrated a new class of osteopathic physicians on May 17, 2014. The class of 2014 is ATSU-KCOM’s 178th graduating class.