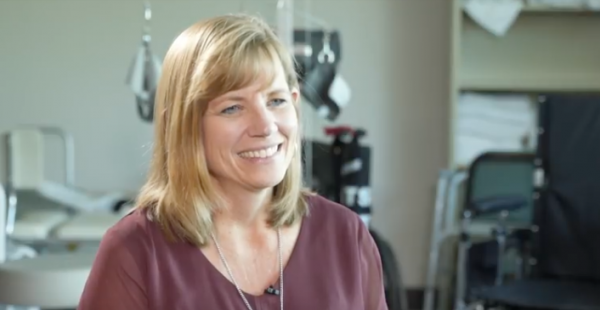 A.T. Still University-Arizona School of Health Sciences (ATSU-ASHS) professor Deanne Fay, PT, DPT, 07, PhD, was first author on a study published in the Pediatric Physical Therapy Journal on the use of standardized tests of motor function in children with disabilities. The study addressed what assessment tools physical therapists are using, why they choose certain tools, what challenges they face in administering standardized tests, and what modifications, if any, they make when administering the tests.

“When it came to selecting an assessment tool, the top reasons were the child’s ability to complete it and the time to administer it,” says Dr. Fay. “The challenges all became related to the child being able to keep their attention on the task and the behavior issues with it.”

“That fed right into the fact that a very large percentage of the therapists are in fact using modifications or alterations when they administer the standardized test,” she adds.

According to Dr. Fay, some of these modifications include altering the instructions, adding demonstrations, using gestures, and allowing extra trials.

“It’s all to try to get at what they felt like was the child’s true motor ability, but using modifications altered how the test was supposed to be administered,” she says.

Modifications to how exams are administered can affect how data is reported and interpreted. Dr. Fay believes a solution is two-fold.

“We really need to focus on developing assessment tools that meet the demands of this real-world situation,” she says. “On the other hand, with the tests that we have, therapists really need to administer them the way you’re supposed to, and score it that way. If you modify [the test], make that additional data you’re collecting, but don’t compare it back to the normative scores.”

Check out Dr. Fay’s interview with the Pediatric Physical Therapy Journal on YouTube.