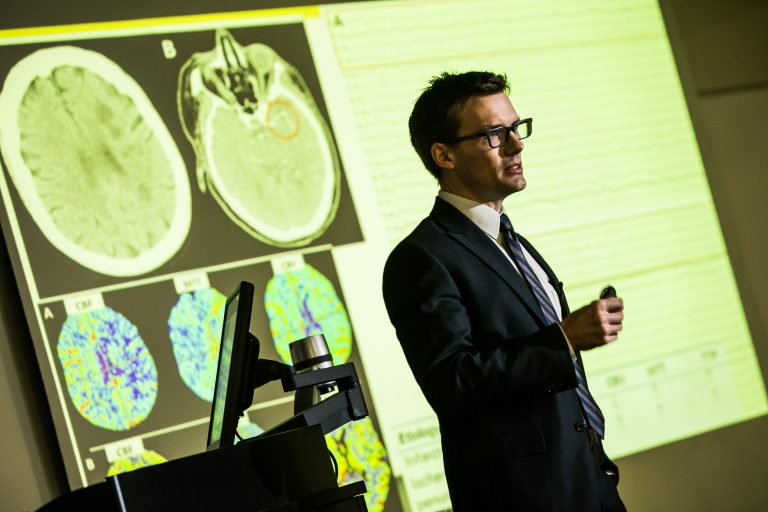 In celebration of 125 years of osteopathic heritage, A.T. Still University’s Kirksville College of Osteopathic Medicine (ATSU-KCOM) will be bringing back alumni to the Kirksville campus to discuss their journey to osteopathic medicine, and how it has played a role in their professional careers as osteopathic physicians.

Chris Newey, DO, ’08, MS, ’06, presented on the Kirksville campus and talked about the importance of the osteopathic philosophy and how it impacts him in his practice. Dr. Newey received his master’s degree in 2006 and graduated from ATSU-KCOM with his doctorate in 2008. Dr. Newey specializes in neurology, and much of his talk centered on strokes and their implications.

“Ischemic stroke is the fourth leading cause of death in the U.S.,” said Dr. Newey. “People are recognizing stroke symptoms earlier, and it’s being treated better. It’s still the leading cause of disability though.” 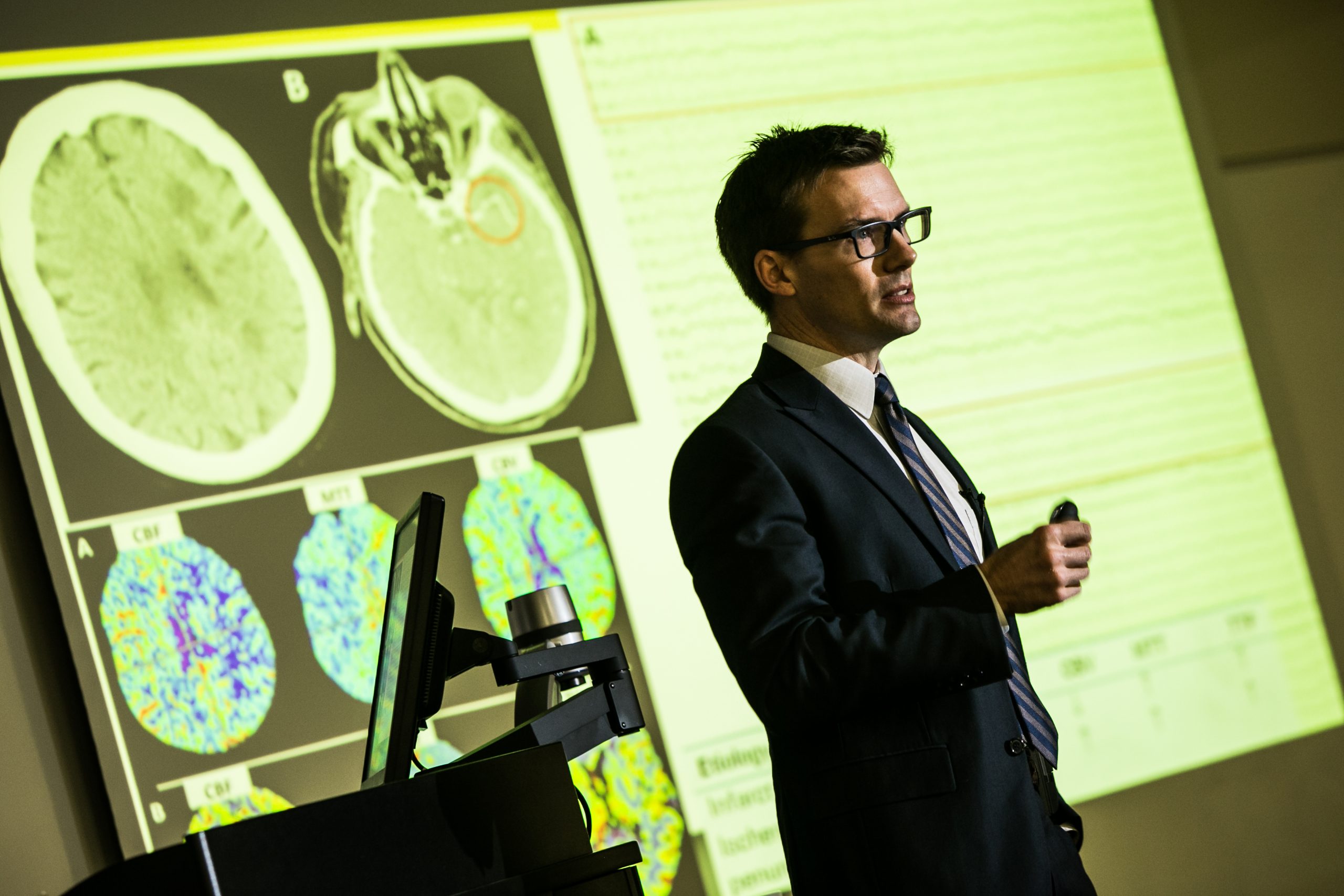