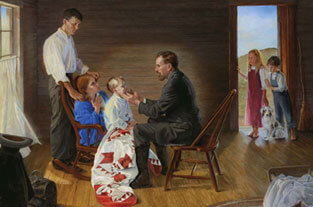 A.T. Still University's journey toward preeminence in osteopathic medicine began with the birth of pioneer Andrew Taylor Still on Aug. 6, 1828, in a log cabin in Lee County, Va. Around 1853, at age 25, Still found his calling and decided to become a physician. It was common practice in those days for a would-be doctor to train by studying medical books and working with a practicing physician – in this case, his father. He may have received additional, formal training at a school in Kansas City, but no records remain to establish where and when this training took place.

In 1864, Still returned from the Civil War and faced a grave personal crisis. Earlier that year, an epidemic of spinal meningitis had swept through the area and killed three of his children. He had already lost his first wife, Mary Vaughan, to childbirth complications a month after the epidemic. Later the daughter born to his second wife, Mary Elvira Turner, died of pneumonia. His inability to save his family, coupled with his grim experiences as a Civil War doctor, led Still to reject most of what he had learned about medicine and search for new and better methods.

Still's explorations were grounded in the study of anatomy. Having grown up as a hunter and farmer, he had a basic understanding of the structural relationships of bones, muscles, and organs – knowledge he now extended to the study of human skeletons. He became convinced that most diseases could be alleviated or cured without drugs. The key was to find and correct anatomical deviations that interfered with the free flow of blood and "nerve force" in the body. 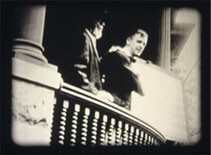 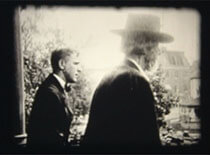 From the beginning, Still met with considerable opposition to his new theories and techniques. The local church denounced his claims of hands-on healing as sacrilegious. His brothers were embarrassed by his outspoken questioning of medical tradition; they criticized his willingness to risk his livelihood by driving away patients and to neglect his family and farm in pursuit of his "crazy" ideas. When Still asked to present his ideas at Baker University, which his family had helped to establish in the 1850s, school officials refused him permission. In 1874, Still decided to leave Kansas and travel to Macon, Mo., where he hoped his ideas would be better received. They were not, and after a few months of trying, Still moved north to Kirksville. There, he finally began to find some acceptance, enough to open an office on the town square in March 1875. Advertising himself as a magnetic healer and a "lightning bonesetter" and traveling to towns as far away as Hannibal, Still slowly built up his reputation. Word spread about the doctor whose system of drugless, manipulative medicine – officially named "osteopathy" in 1885 – was able to cure many apparently hopeless cases. 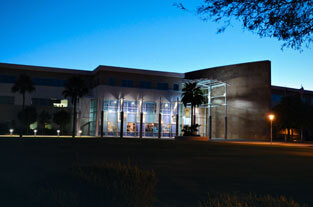 Finding he had more patients than he could handle, Still trained his children and a few others to assist him in his practice. Finally, there were enough people who wanted to learn his methods that he was persuaded to start a school. The American School of Osteopathy (ASO) was founded in Kirksville in 1892 in a two-room frame building. The first class of five women and 16 men – including three of Still's children and one of his brothers – graduated in 1894.

Since the American School of Osteopathy (ASO) was founded by Still in 1892, generations of healthcare professionals have become respected leaders delivering among the best health care in the world. Today, that school is A.T. Still University (ATSU) with two campuses (Kirksville, Missouri and Mesa, Arizona) on 200 acres, six schools, more than 700 employees and an average annual enrollment of 5,000 students from 35 countries. A.T. Still University is distinguished as the leader in graduate healthcare education that continues to integrate the compassionate, comprehensive osteopathic tenets of whole person healthcare and community service to meet healthcare needs and positively impact the delivery of healthcare locally and globally.