Examine the correlation between
obesity and Vitamin D deficiency

Students receive a premier education in osteopathic medicine at SOMA, which is fully accredited by the American Osteopathic Association Commission on Osteopathic College Accreditation (COCA).

In fact, 100% of SOMA Class of 2011 graduates were selected to participate in a post-doctoral internship or residency program upon completion of their D.O. degrees.

In addition to the Doctor of Osteopathic Medicine degree, SOMA students have the option to apply for dual degrees in Master of Health Administration, Master of Public Health, Master of Sciences, or Doctor of Health Education.

A retrospective cohort study evaluating vitamin D levels in normal weight, overweight, and obese Hispanic children. Subjects were considered vitamin D deficient if the level was below 29.99 ng/mL and sufficient if above 30 ng/mL. We reviewed the medical records for 1,195 patients who had a 25-OH vitamin D blood level drawn in 2012-2013. The subject group was selected based on: Hispanic males and females with a recorded BMI percentile, between the ages of 5-18, and attending a Lutheran Health Care Center with a Sunset Park zip code. Exclusion criteria included: non-Hispanic race, anti- retroviral and anti-convulsant medication use, and prematurity.

Vitamin D levels are not routinely checked in children with normal BMI, thus more overweight and obese subjects enrolled in this study. Therefore our study does not represent the full pediatric population. 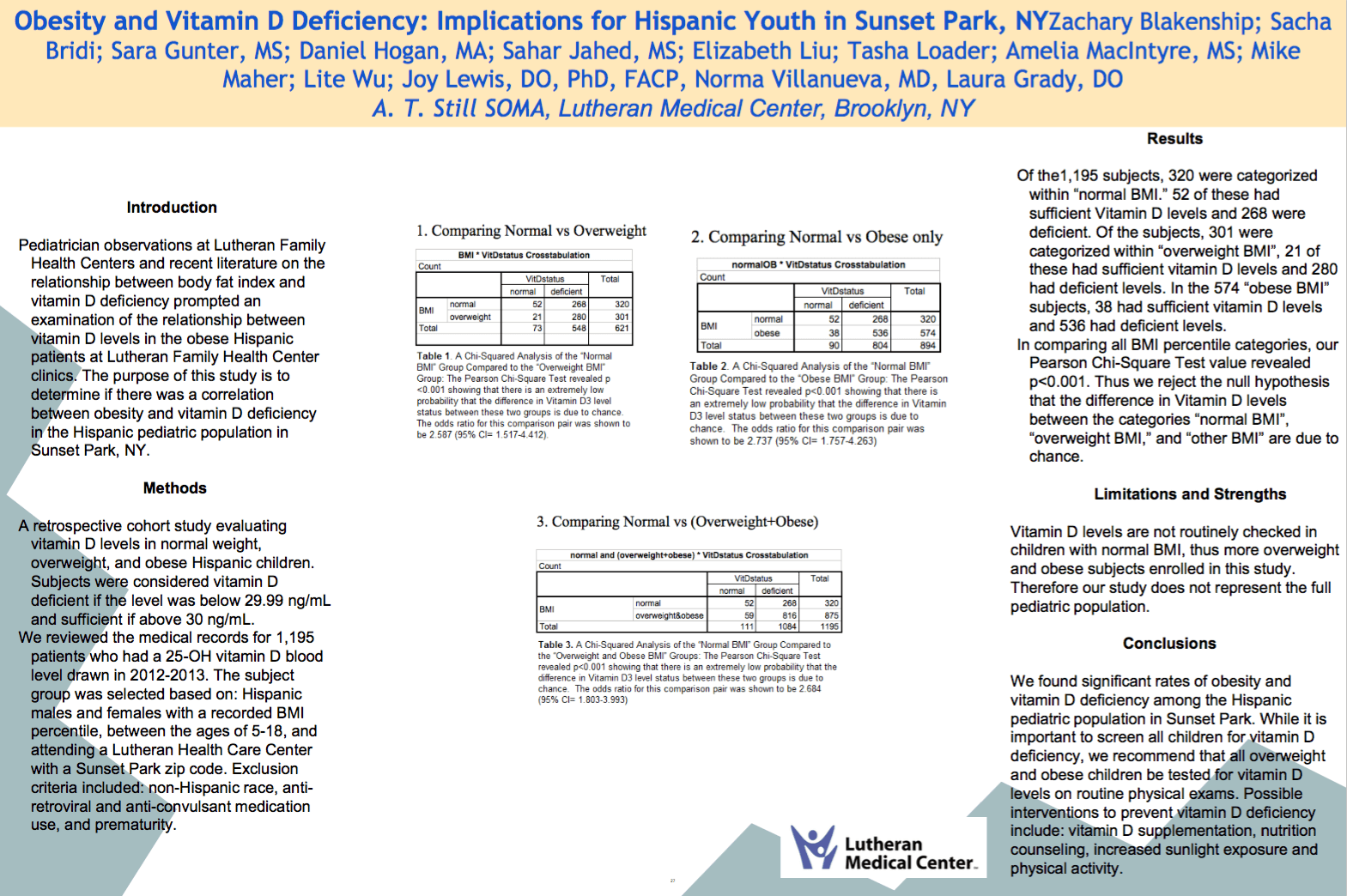 For several years, El Rio Community Health Center (ERCHC) has recorded a high rate of missed appointments. Our research was directed at finding ...